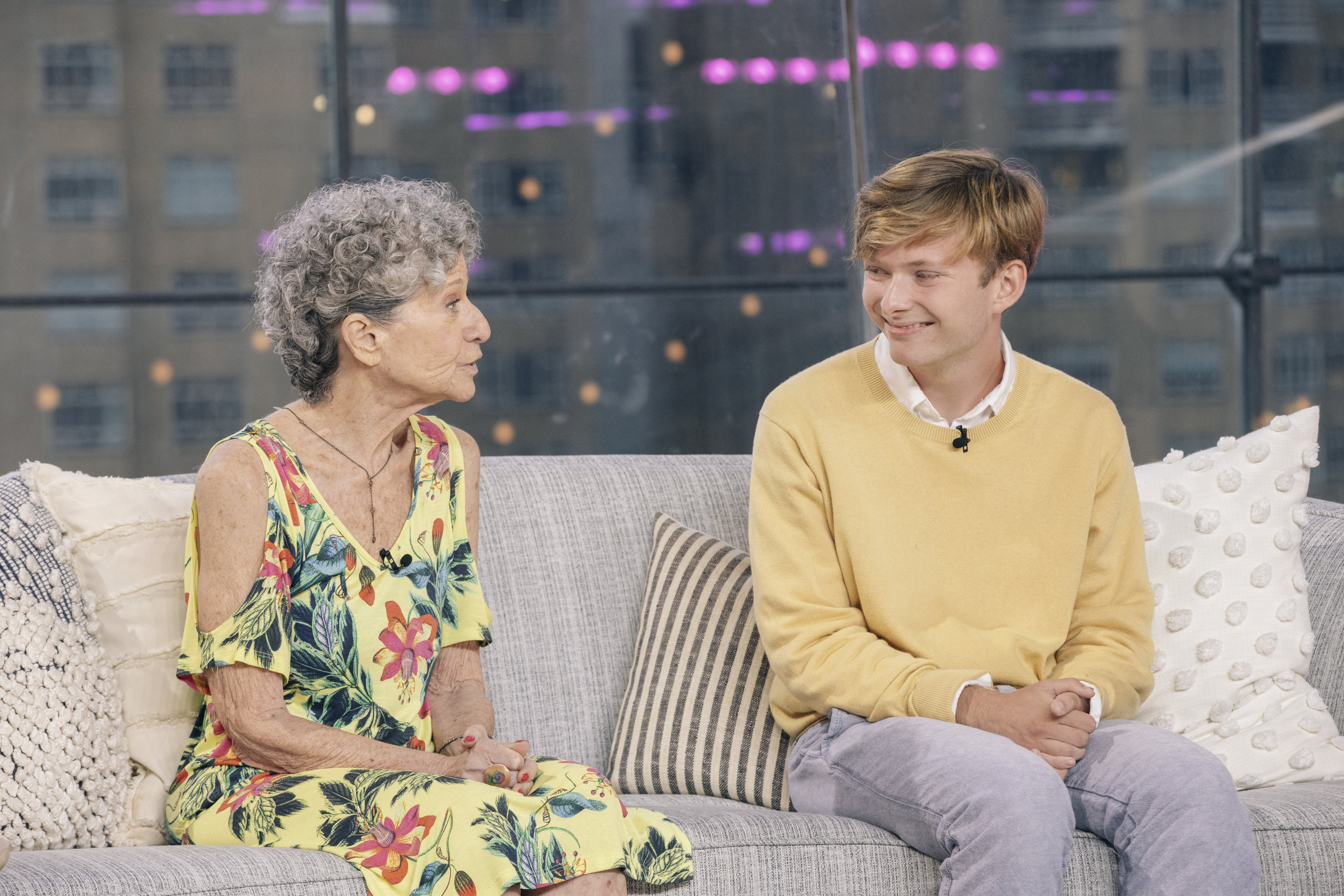 Millions of viewers all over the country witnessed firsthand the beauty of DOROT’s special brand of  intergenerational friendship, when Marilyn Warner and Nathaniel Tanenbaum shared their story on The Kelly Clarkson Show  on September 16, 2022.

Marilyn and Nathaniel met two years ago in DOROT’s Summer Teen Internship Program, one of many pairs of teens and older adults whose lives have been enriched by participating in DOROT’s intergenerational programs.

It was an exciting opportunity for national exposure for DOROT. Kelly Clarkson is an Emmy-award winning talk show host, a Grammy-award winning artist and the very first champion of the wildly popular American Idol television show. Her show is the highest rated daytime television talk show in the country, and features a mix of celebrities and everyday people with uplifting stories.

“You both seem to have a genuine connection,” said Kelly as she introduced Marilyn and Nathaniel. “I love that DOROT brings people together in such a positive way to combat social isolation.”