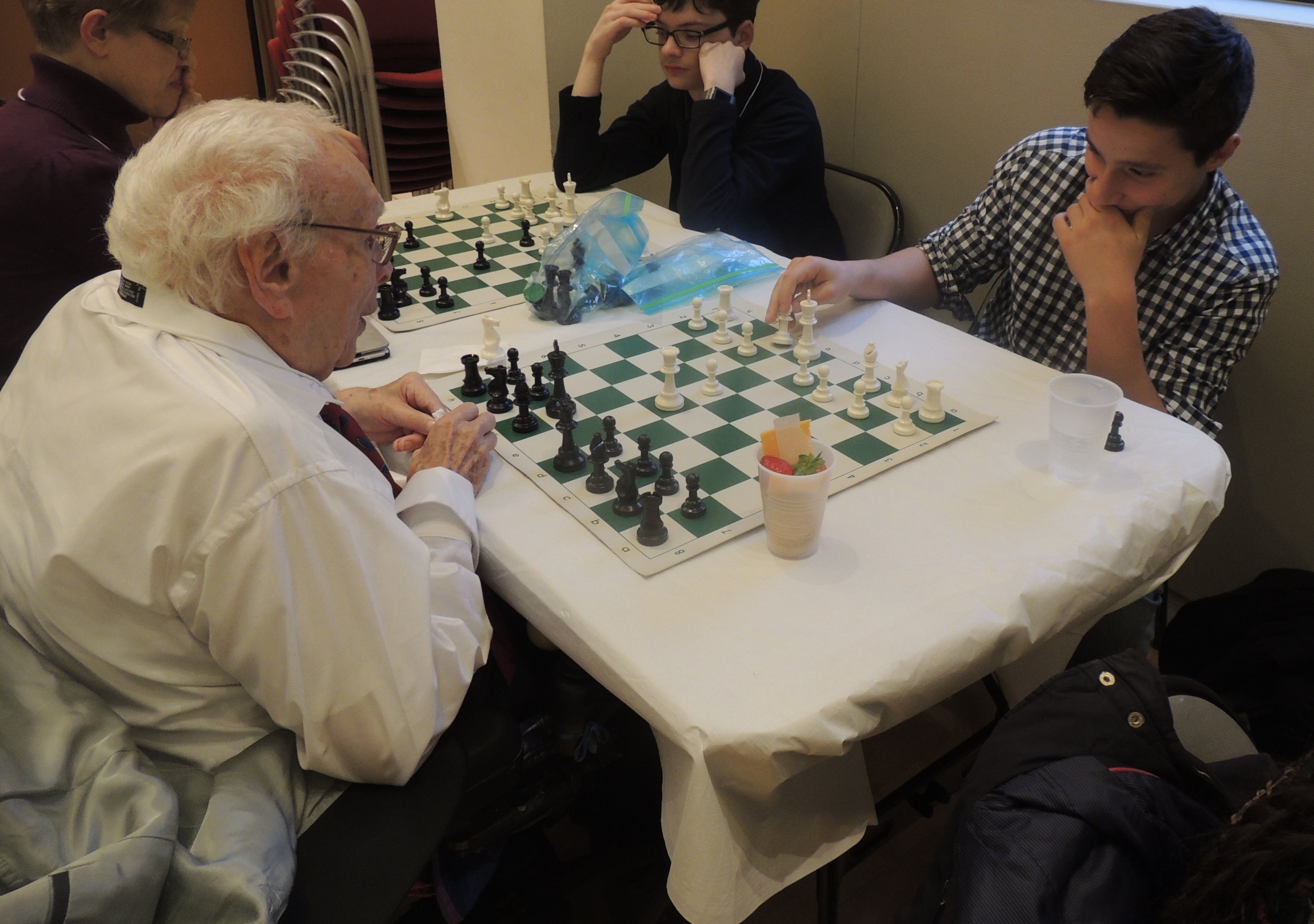 From beginners to experts, all are welcome. DOROT’s Intergenerational Chess program is about strengthening skills and creating friendships across the chessboard. Each week older adults play chess with experienced chess players who are in grades 6-12. The teens are all capable of teaching and playing individuals with a range of chess abilities, so no previous chess experience is required. A Chess Master is also on site to provide help, guidance and game strategies to players.

This special program got its start when Zachary Targoff, then 13 years old, decided to create a Bar Mitzvah community service project with DOROT. Zachary was matched by DOROT with Herman Bomze z"l, and they played chess every week in Herman’s apartment. At his Bar Mitzvah, Zachary was presented a gift by Herman’s daughter, Bracha – her father’s wooden chess set that had belonged to her father, that Herman inherited from his father and brought from Vienna in 1929. In honor of the bond that Zachary and Herman enjoyed over the years, Zachary and his parents, Josh and Kim Targoff, established DOROT’s on-site Intergenerational Chess program. It has become an impactful addition to our intergenerational programming.

Watch videos about Zachary and Herman:

To Learn More: Sign up for an upcoming Volunteer Orientation and Information Session.

Intergenerational Chess at DOROT is sponsored by the Targoff family and friends.